Healing with Nature through the Fire of the Heart 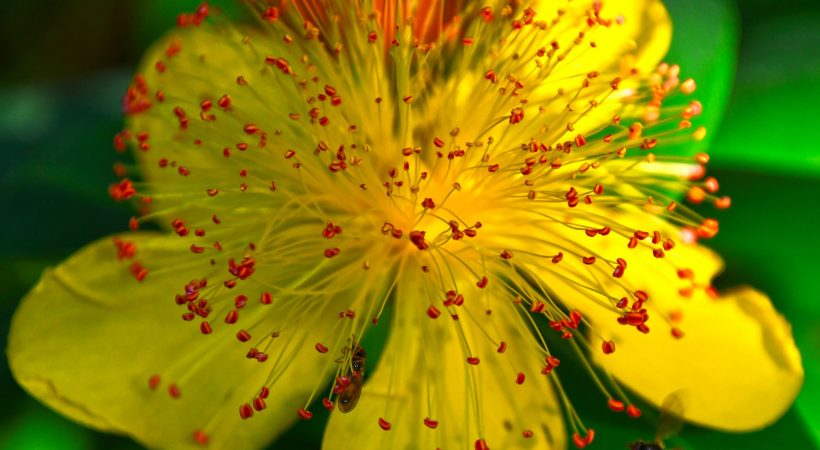 We offer sessions in our hyperbaric chambers to increase the amount of oxygen in the
body. This, in turn, increases the oxygen in cancer cells, which has the potential to accelerate
cancer cell apoptosis in the right setting according to many studies.

What is Hyperbaric Oxygen?

Hyperbaric oxygen is a modality that delivers oxygen at higher pressures (and usually amounts) to the human body. This is delivered in a pressurized chamber or room. There are some recognized medical benefits to this treatment that range from carbon monoxide poisoning, chronic wound healing, decompression sickness. See a full list here.

How does Hyperbaric Oxygen work

We live in a naturally pressurized environment on earth and normally only notice small changes with weather or elevation. Medical hyperbaric oxygen treatment uses the highest pressures (around 3 times our regular atmospheric pressure) and amounts of oxygen (100% vs 21% in everyday air). Three atmospheres may not sound like a lot of pressure because we take for granted that we live with our atmosphere pushing around us all the time. 100 feet underwater is about the same pressure as 3 atmospheres and 1.3 atmospheres is equivalent to being under 44 feet of water.

Imagine a large soda bottle that has pressurized oxygen inside it instead of carbon dioxide. Before it is opened the gas stays inside the liquid. Increasing the amount of oxygen the water in our blood will carry is the key effect of hyperbaric oxygen. Normally this is very little- the watery part of blood carries about 1.5% of the oxygen- hemoglobin does all the rest. But at higher pressures more oxygen is carried by the watery part of blood- from 7 times to over 21 times more. Right now there are about 3 teaspoons of oxygen dissolved in the watery part of our blood and about a quart carried by hemoglobin.

Under pressure with increased inhaled oxygen we can increase this to ½ to 1 cup of oxygen carried freely in the blood. This can be used by all of our cells.

The oxygen boost is thought to be responsible for immune boosting effects, increased healing of wounds, nerve regeneration, and a decrease of inflammation in the body.

What is the difference between medical hyperbaric oxygen and non-medical grade?

Medical hyperbaric oxygen accomplishes the most extreme amount of oxygen and pressure combination that is tolerable. The devices are solid shelled. Typically this treatment is only given for approved conditions or in a research setting. The pressure goes up to 3 atmospheres with 100% oxygen. There is considerable risk in these chambers and staff are specially trained. It is possible for blood sugar to drop due to increase of metabolism. Any small spark could cause fire or explosion and sources of sparks are eliminated. Depressurisation must be slow to prevent rupture of eardrums, lung pleura, and other effects.

With non-medical grade devices the amount of pressure is less and the oxygen may be less as well. While one cannot smoke in a chamber, the risk of fire is less and side effects are usually limited to sinus or eardrum discomfort. The devices are usually soft shelled and go up to about 1.3 atmospheres. These devices are not the standard medical treatments for carbon monoxide poisoning, wound healing etc. as the trials for these approved conditions were done with the more intense medical devices.

What insights does Anthroposophic Medicine give to the effects of hyperbaric oxygen?

Hyperbaric oxygen is working in the air element. In fact it is increasing the amount of air we have bound up in our watery constituent. In Anthroposphic medicine the human being is seen as an interweaving of mineral substance making up our physical body, watery substance that relates to our life body, air which relates to our soul body, and warmth which relates to our “I organisation”. The incarnation of the upper members (I and astral body) are enhanced and strengthened in how they combine with the etheric/life body. This is reflected with the increase in gaseous substance that is dissolved in our plasma with hyperbaric oxygen. It is also shown in the effects on patients. A restorative, upbuilding and centering effect on the organism is noted. Oxygen provides a stimulus to the etheric body (we see an increased metabolism and cell regeneration. Whereas hyperthermia affects the warmth organism and can bolster self-confidence and be transformative (often fever is noted before spontaneous remission) hyperbaric is impacting the etheric/astral and connecting them.

What have studies found on Hyperbaric Oxygen and cancer?

Researchers have looked at many disorders that might be helped with hyperbaric oxygen. The FDA is careful to state that it has not approved hyperbaric oxygen in the treatment of several off label conditions such as cancer. The most studied use of hyperbaric oxygen is in combination with radiation therapy. The well known Cochrane group performed a recent metanalysis on this subject with the following conclusions:

We found evidence that HBOT improves local tumour control, mortality, and local tumour recurrence for cancers of the head and neck. These benefits may only occur with unusual fractionation schemes. Hyperbaric oxygenation therapy is associated with severe tissue radiation injury. Given the methodological and reporting inadequacies of the included studies, our results demand a cautious interpretation. More research is needed for head and neck cancer, but is probably not justified for uterine cervical or bladder cancer. There is little evidence available concerning malignancies at other anatomical sites.

In their analysis, medical hyperbaric oxygen was used with high atmospheric pressure and pure oxygen. It is likely this led to the side effects noted. It is also difficult to randomize patients with a control as it is hard to imagine a sham pressure chamber. The evidence seemed strongest for head and neck cancer and had significant findings for overall survival, reduced risk of recurrence, and reduced risk of metastasis. It is an accepted fact that a major method of tumor cells escaping the killing effects of radiation (and other modalities) is through low oxygen conditions.

The group treated with hyperbaric in addition to diet and ketones had significantly less metastatic spread in brain, lungs and liver. It had longer survival overall. Researchers noted that hypoxia is a powerful driver of metastatic spread due to the Warburg effect.

In our clinic, we often preload with supplemental ketones prior to a dive in the hyperbaric chamber. This is to obtain the most synergistic effects possible.

These researchers looked at hyperbaric oxygen and prostate cancer. In their review, they found accumulating evidence for a beneficial effect. Hyperbaric oxygen increases oxygen in tumor cells and is thought to allow chemotherapy to kill those cells better. The oxygen increase is also thought to directly stress cancer cells through oxidative stress. Ions of iron and copper are created and cells enter and get stuck after the phase of cell division where DNA is duplicated, making them vulnerable.

Other researchers have looked at using hyperbaric oxygen in glioma (a type of brain tumor). Temozolomide (TMZ) is the main chemotherapy used to treat this brain tumor but it only gives an average of 2 months additional survival due to hypoxic areas developing resistance. Hypoxia inside the tumor has been found to promote metastatic spread and make tumors more malignant and treatment resistant. Hyperbaric oxygen has been shown in other studies to increase the oxygenation deep inside these hypoxic areas. Researchers have noted an increase in apoptosis and a decrease in growth of glioma when hyperbaric was added in a rat model. In human trials results have been promising but complicated by an increase in seizures after radiation- which possibly is mitigated when radiation is done closely aligned with the hyperbaric treatments. It was found to increase survival in several studies, including a study of patients with poor prognosis. These authors describe hyperbaric oxygen as one significant “press/pulse” treatments in the approach to cancer. Each modality either chronically stresses cancer cells or acutely stresses them leading to control of the tumor in their model. This article describes a woman with triple negative stage 4 breast cancer treated with multiple modalities including hyperbaric oxygen and ketogenic diet. She also had hyperthermia and chemotherapy. She experienced a complete remission.

What other studies exist on yet unapproved uses on hyperbaric oxygen?

There is relatively good evidence with a metanalysis that hyperbaric oxygen may have beneficial effects in Crohn’s disease and ulcerative colitis. The study noted significant improvement in refractory inflammatory bowel disease. Inflammatory markers were noted to be decreased after hyperbaric oxygen.

Another trial looked at hyperbaric oxygen and fibromylagia. It was noted that quality of life was improved, areas of abnormal brain activity were resolved, and symptoms were decreased in people with fibromyalgia.

Several other conditions are being examined for effect with traumatic brain injury being a possible candidate for future approval.